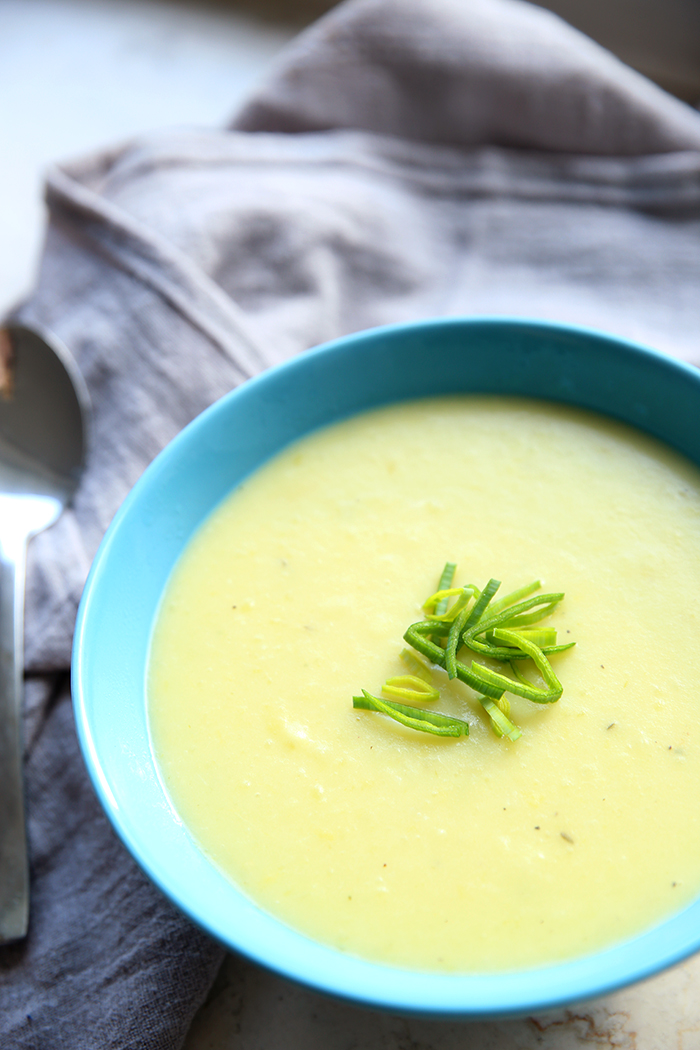 A creamy potato soup flavored with the subtle onion flavor of leeks – such simple ingredients and such a comforting and delicious result. If you’ve never tried your hand at Potato Leek Soup, it’s time to give it a try. Pair it with this Easy French Bread for the perfect fall or winter dinner.

Leeks are super popular here in Germany. I see them in almost everyone’s basket at the grocery store. To be honest, I had never cooked with them before making this soup. With how popular they are here, I just had to see what the hype was all about, so I started looking up recipes that call for leeks. I decided to start with something simple like this Potato Leek Soup, but I am excited to try more recipes.

Leeks are part of the onion family and add a nice subtle onion flavor to whatever they are used in. The top part of the leek is a little tougher so, in most recipes, it is suggested to only use the white and light green parts of the leek.

I wanted to layer flavors in this soup, so I also used a regular yellow onion and some garlic. I think you will love the final result. 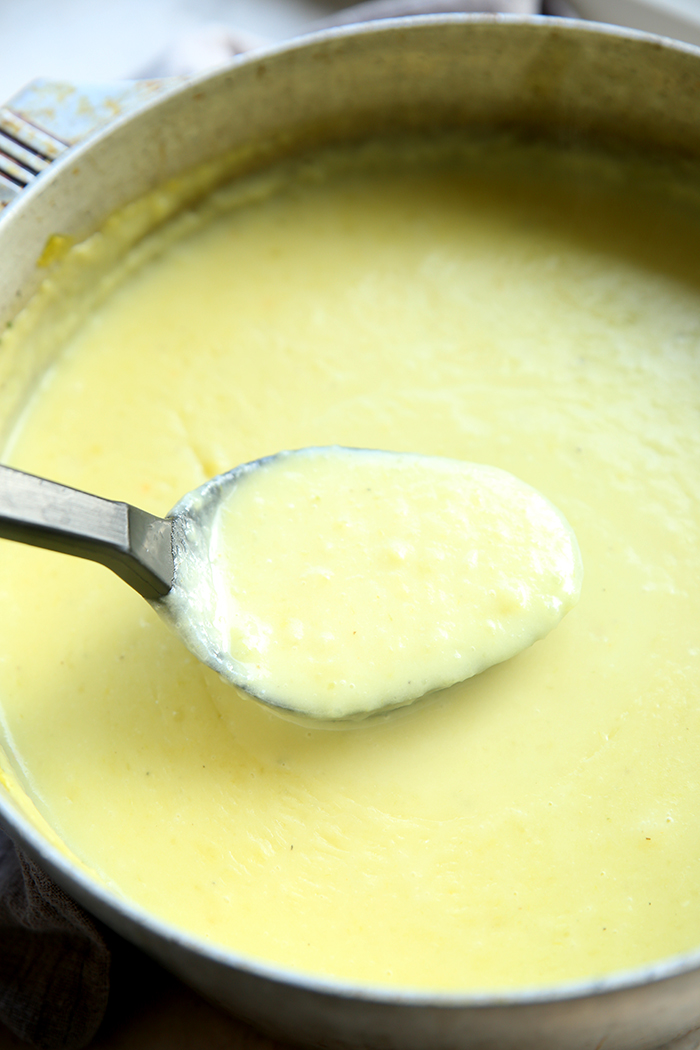 Traditionally, Potato Leek Soup is pureed. This is very easy to do if you have an immersion blender. It can also be done in a regular blender, but you need to be very careful when transferring the hot soup. Also, when blending, make sure the blender is able to vent the hot air or you could end up blowing the lid off and having hot soup everywhere. I have also heard of people having trouble with hot soups causing the seal on the bottom of their blender to not work as well, so be careful friends!

I recommend using an immersion blender. If you don’t have one, it might be time to treat yourself to one. You can find them pretty cheap on Amazon. Another option would be to just leave the soup as is with the chunks of potato and leeks. It would still taste delicious. I can’t wait for you to try this easy, creamy soup. It’s so yummy!

Step by step pictures for how to make Potato Leek Soup 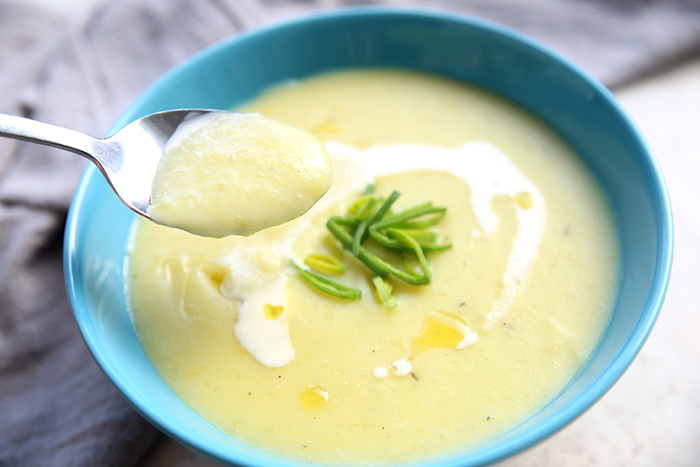 Does it matter what variety of potato I use?

The variety of potato in this soup does not matter. I suggest russet, white, or golden.

How many leeks will I need for this recipe?

I suggest 3 or 4 leeks for this recipe.

Do I have to add Heavy Cream or is there another Dairy-Free Option?

I am not familiar with dairy-free options for replacing heavy cream. I know sometimes people use coconut cream, but in this case, it may really alter the flavor. Also, this recipe uses butter, so if you want to make it dairy-free, you will need to use vegan butter in its place.

This recipe for Potato Leek Soup uses all-purpose flour for the thickening agent. In order to make the soup gluten-free, you will need to use a gluten-free flour blend or cornstarch as the thickener.

If I don’t have leeks can I use extra onion instead?

Yes, technically this soup could still work as a yummy potato soup by subbing regular onions for the leeks.

What is a leek and what does it taste like?

A leek is a member of the onion family. Leeks taste like a mild version of an onion. Leeks have the same base flavor but far less intensity. They are delicate and sweeter than other members of the onion family. Traditionally, the white part and light green middle are eaten, while the green tops are discarded. 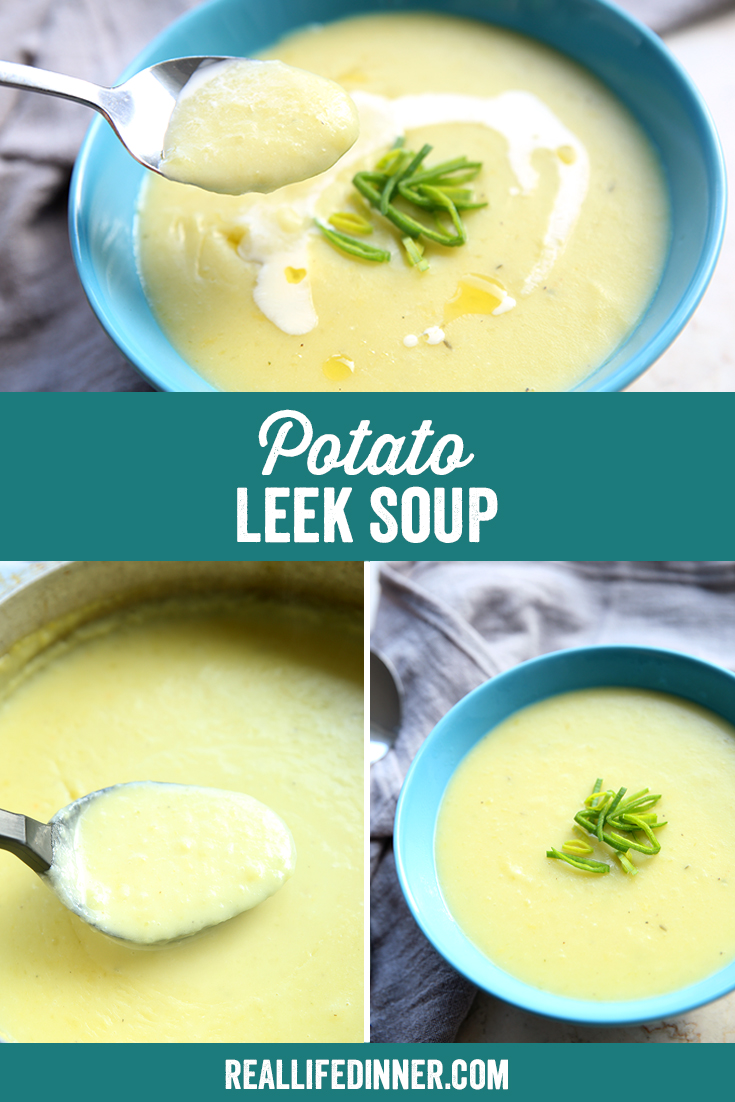 Sign up above and receive delicious family-friendly recipes directly in your email inbox!

Hi, I'm Maria. A mom of five and a total foodie. My superpower is taking ordinary recipes and making them DELICIOUS. Your family will LOVE these meals! Come cook with me, I promise it will be amazing! Get started here or search my archives below.


When you start your Amazon shopping here, I receive a small percentage of the sale. Thank you for supporting Real Life Dinner. 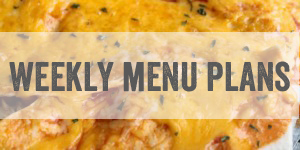 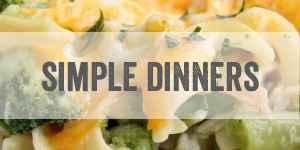 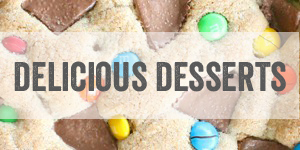